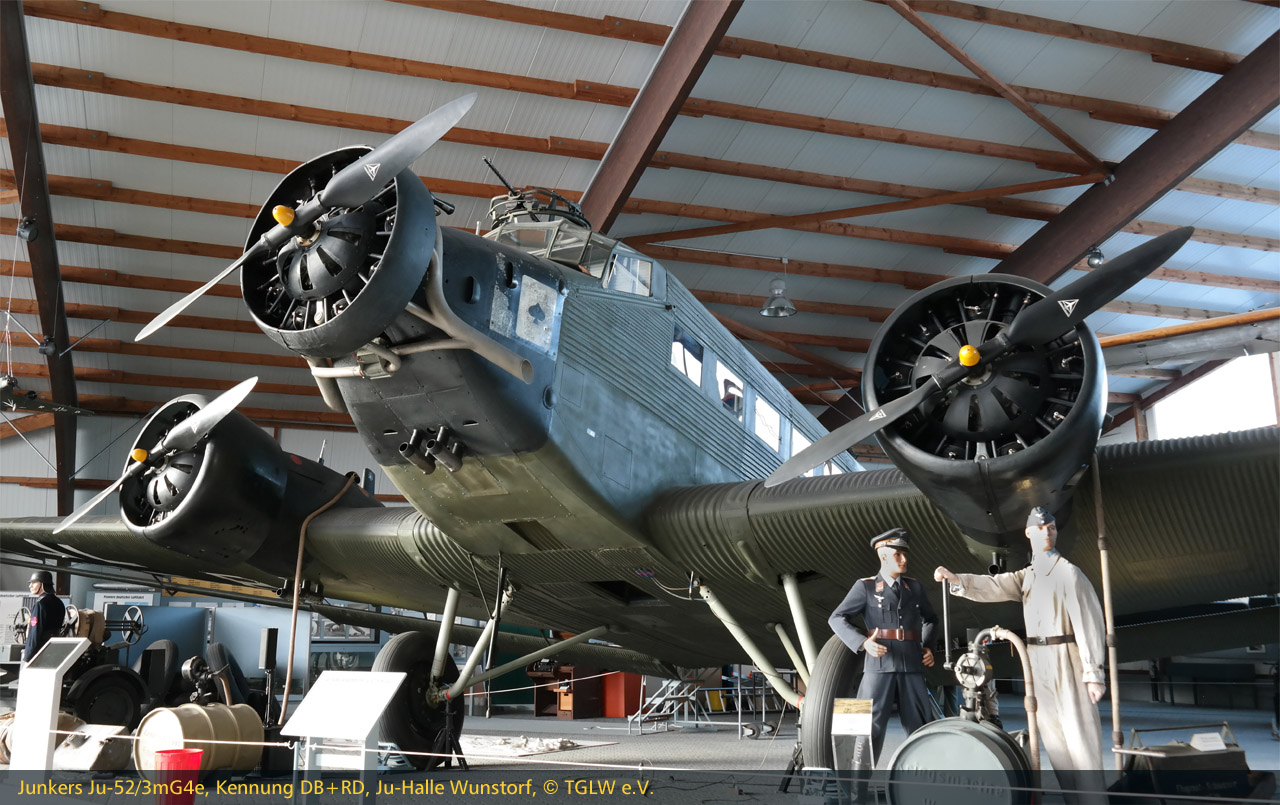 The "Traditionsgemeinschaft" runs an indoor and outdoor exposition of military-historical exhibits that is open to the public.

Our Junkers Ju52 is one of the last specimen world-wide kept in its original condition. In a spectacular recovery action taken by Special Interest Group Ju 52 (founded for that purpose) in 1986, the plane was lifted from the bottom of Norwegian Lake Hartvikvann, where it had spent more than forty years. After expert restoration at Wunstorf Air Base, it has become the outstanding attraction of our museum.

Together with the Lufttransportgeschwader 62 of the Bundesluftwaffe we deliver you an interesting insight into the history of german air transport and Wunstorf airbase. The exibition also contains a multitude of aircraft flown by the air transport wing 62 and its predecessors: 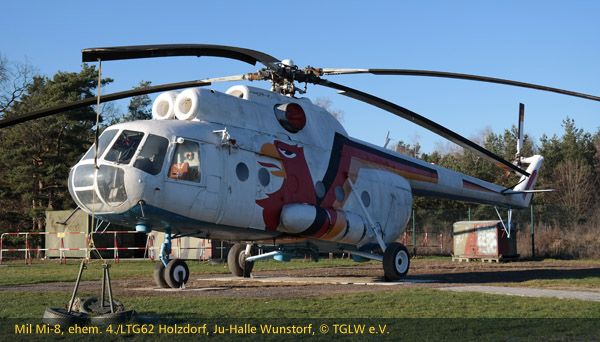 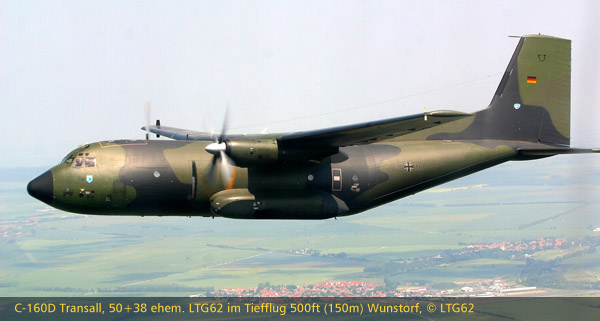 Our museum ist opened to the public from april until october and experts will guide you through the exibition and answer your questions.

The most recent aircraft of our collection is a C-160D Transall cargo aircraft of the Bundesluftwaffe - an aircraft type still in service until year 2021. Known as the "workhorse" of german military air transport, this type was in charge of worldwide operations from the hottest Africa to the ice cold Antarctic region. Human relief flights, chartered by the United Nations at Africa, the upkeep of the airbridge to Sarajevo (Bosnia) during the siege between 1992 and 1995, logistic supply for german military commitments in crisis regions like Bosnia, Kosovo, Afghanistan, Somalia and other countries are examples for the challenging tasks only.

Beside the museum you can gaze at a C-160 in its original state. Every sunday the aircraft ist opend to the public and you are kindly invited to get an inside view of the cockpit and the cargo bay.

We look forward to your visit!